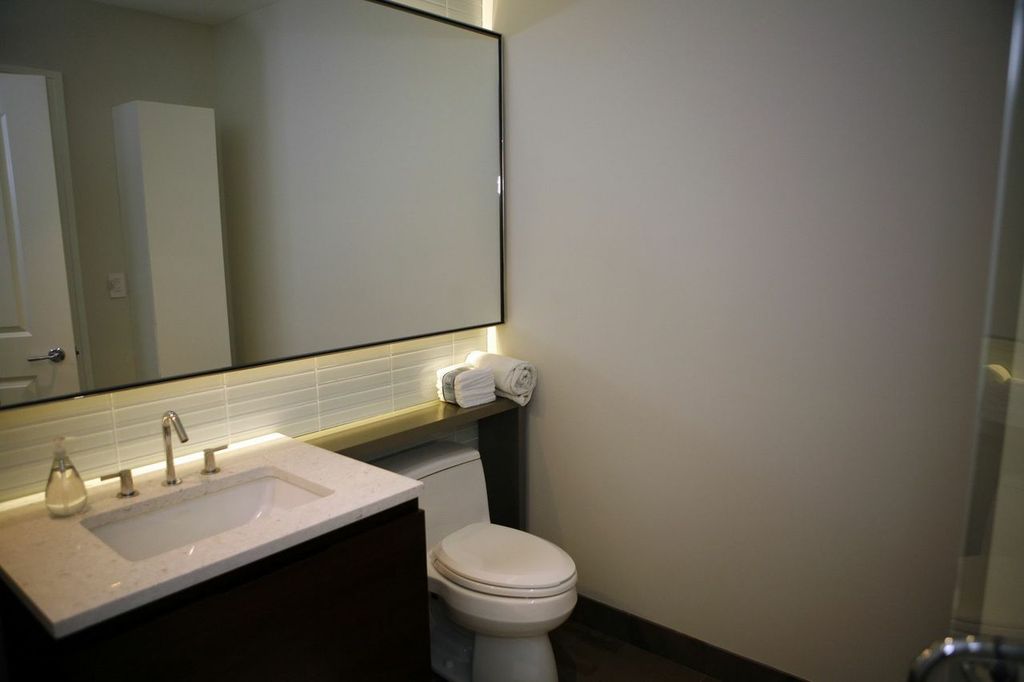 One of the things we’ve been really excited about lately has been the advent of LED lighting ― or “light emitting diode” for the uninitiated ― in residential projects.

We love them because they’re an easy way to add a lot of drama and ambiance to a space without much work.

Because LEDs are microchips, rather than bulbs, they don’t work in traditional lighting fixtures like chandeliers or table lamps. Instead, they’re attached to bendable strips, so they have very versatile applications. Unlike a string of Christmas lights or old-fashioned halogen bulbs, LED lights don’t show a bright spot where each bulb is or have a dark spot in a corner ― instead they provide a consistent, smooth, wall-washing effect.

For example, they work great as a form of under-cabinet lighting in a kitchen or a den. Or they can be hidden behind a bathroom mirror to create a romantic glow along the wall. Often, we build a dropdown ceiling and install the LED lights in it so they shine upwards, bathing the ceiling in a warm light.

Because LED lights are waterproof, they’re perfect for bathrooms or for outdoor applications, such as under garden or porch steps. They’re dimmable, too, so you can get as much or as little light as you’d like.

But best of all, LEDs are extremely energy efficient, cutting down on your energy costs and helping the environment.

LED lights are a bit pricey, but you save money in the long run because, once you install them, you’ll never have to replace them again.

If you’re interested in adding LED lighting to your next project, contact Punch Construction, one of the premiere general contractors in Chicago, today at info@punchconstruction.com.

Whoever said walls needed to be boring? Lately, we’ve been doing lots of interesting custom…